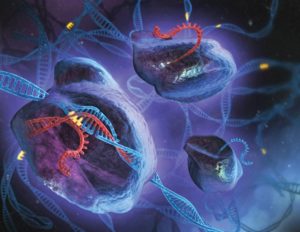 Mutations in over three thousand of the currently known human genes are associated with several diseases. Approaches to correct or improve these genes are being widely studied and targeted, as they represent an exciting therapeutic alternative. In the past years, two ways of doing such corrections dominated the research. One of them is based on gene therapy, which allows restoring the gene’s function by infecting the cell with a virus containing the genetic load of interest. The other one is by using interference RNA (iRNA), which are short RNA sequences, known mostly for its ability of silencing defective genes in a cell. Both techniques hold several limitations that affect their therapeutic potential in a large amount of diseases. Some of these limitations are related to the high mutation rate observed in modified loci through the gene therapy and the incomplete silencing noticed on genes treated with iRNA[1]. Due to these limitations, the genome editing, which is the process where the genomic DNA is modified by switching, adding or removing nucleotides, brings exciting perspectives especially for medical therapies.

Nowadays innovative technologies for the genome editing are being described. Such methods are based on the nucleases’ activity. Nucleases are enzymes known for their DNA cleavage abilities. The first technology was described in 1991 when American researchers showed Zinc-finger Nucleases’ affinity to DNA sequences[2]. For years, this was the main technology used, despite the restrictions, as low specificity and inability of detecting certain DNA sequences[3]. Sometime after ZFNs, a new technique also using nucleases was described: a nuclease attached system with a different DNA-recognizing protein domain, the Transcription activator-like effector (TALE). The innovation lies on making easy the way the DNA recognition could be modulated to identify any sequence of interest[4]. A recent technology brought a whole arsenal of perspectives once the recognition site is no longer based on proteins, but on RNA sequences. The CRISPR/Cas9 system represents an alternative for the use of ZFNs and TALE nucleases once it induces genetic changes with a lower cost and simplified preparation[5].

The viability of editing genomic DNA sequences without compromising the cell function allows envisioning a promising future to many areas. Several studies bring perspectives on the use of such techniques for treating diseases, and in this sense, the CRISPR/Cas9 stands out. An article published by the University of California in San Francisco showed that the group was able to correct mutations responsible for the Thalassemia B, an inherited disorder that causes anemia, by using the CRISPR/Cas9 system. This project presented a new alternative for the treatment of monogenic diseases. Other American research group has obtained success when editing genomes, using adult animal model. This group was able to treat Duchenne’s muscular dystrophy by cutting off a defective DNA sequence from the animal’s muscle cells[6].

The therapeutic potential is not restricted to genetic diseases. Several studies are being developed in order to use genome editing as a tool for the treatment of infectious diseases caused by virus, for example AIDS. Besides that, there is the possibility of treating various types of cancer as well as making possible the organ transplant among humans and animals, excluding the rejection factor. A research developed by the University of Kyoto was able to cut off the HIV’s genetic load from human infected T cells, ceasing the virus’ life cycle[7]. Researchers at Harvard University used genome editing in pig embryos aiming to inactivate about 62 types of virus and to add the synthesis of certain compounds whose absence make organ transplanting from pigs unfeasible. This research project is actually the basis of a company founded by the group, eGenesis[8]. Other than that, many startups are investing on such technology aiming its application on Therapeutic Medicine; some of them are Caribou Bioscience, CRISPR Therapeutics and Intellia Therapeutics, which seek making the use of CRISPR systems able for many purposes. All over the world, a variety of companies is constantly rising and envisioning the applications of the mentioned technologies on therapeutic medicine. The American company Editas Medicine, which aiming to use CRISPR and TALE nucleases technology to correct defective genes, has recently closed its Initial Public Offerings. Other well-succeeded example is the American company Sangamo Biosciences that uses the ZFNs-based genome editing system in order to treat both infectious and genetic disorders is already on clinical trials development stage.

Despite the advances made in the past years, the use of genome editing technologies is raising a lot of discussion. Some believe that studies using human embryos might contribute to bring therapeutic proposals involving such technologies to reality and research groups are already working on it. The University of Sun Yat-sem used the CRISPR/Cas9 technology for the first time in human embryo editing, aiming to evaluate the stability of the editions made in unviable embryos[9].  Studies in human embryos are responsible for several ethical and moral conflicts, and for that reason, academics all over the world are constantly meeting to discuss the matter[10]. Recently a British group received permission to edit genes in viable human embryos, which made them pioneers in this kind of research[11]. Other than the ethical conflicts, several issues related to the technology are being discussed. In order for the techniques to succeed as therapy methods, increasing the efficiency of the gene correction, it is necessary a better understanding of the nucleases’ specificity as well as establishing specific delivery methods to the desired cells allowing in vivo therapies.

In spite of the discussions raised, companies developing such technologies constantly receive big investment rounds and in some cases, count with the support of important players in the life sciences sector, like Bayer and Novartis. In order for these technologies to be effective as therapeutic means, discussing the ethic obstacles as well as overcoming the technology’s issues that nowadays limit scientific advances, is fundamental.

Brazil is taking its first steps regarding the development and implementing of such technologies. In the country, the technologies are still limited to research institutes. However, considering the technology stage and market to be consolidated, the area presents great exploring potential in the country. 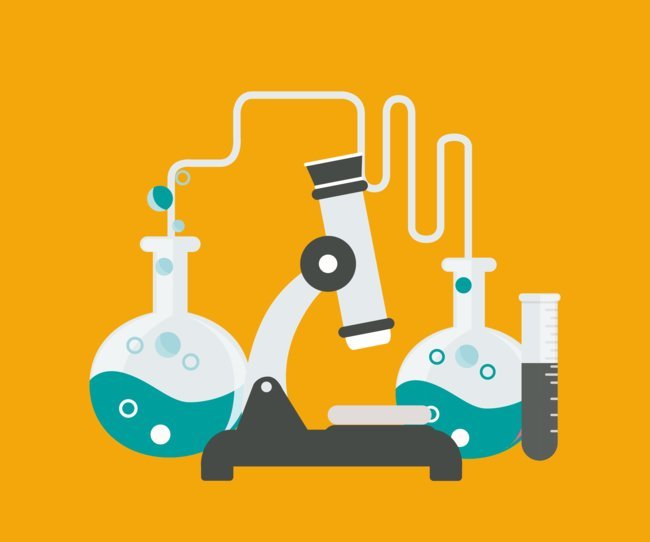